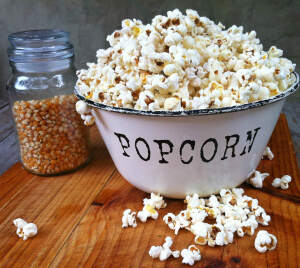 Alberta Joy Cowan, age 11, passed over the rainbow bridge on Monday, January 24, 2022. She was born on November 20, 2010. The Cowan kids will never forget the day that Alberta arrived at their house. Their Grandma Karen knocked on the front door, blew past her daughter, and immediately yelled for her grandkids. As she stood holding this sweet little dog she said to the kids, "Look what Grandma got for ya!" She then slyly looked at her daughter and asked, "Mommy it's ok if they keep this cute little puppy, right?" Ugh.....and that's how it's done, kids!!

Although her tactics were shady at best, Alberta is one of the best gifts my mom could have ever given me! That little dog made our house a home and made all of our days a little brighter. To describe her in one word...Loving!! She was a cuddler, and always preferred to be snuggled up to one of her family members. She never slept in her crate....she always ended up in a bed, usually mine! Despite her 5 pound stature, she took up a lot of room! It was comical, she would stretch and lay in weird directions, and never fail to own whoever's bed she chose to end up in. Alberta was the perfect lap dog, and loved curling up watching movies. If you could provide her with a blanket to hide under, then you would be the person she chose to cuddle with. However, she would abandon her favorite person, blanket, or anything really to get popcorn. Her love of popcorn superseded any other need! There isn't much that dog wouldn't do to get a piece of popcorn. In fact, she got to be pretty good at a few tricks so she could earn her popcorn.

What stands out in my mind the most is the love that this sweet girl showed to each of my children! For Blayne, (oldest child) she was a friend! He had wanted a dog for a long time....he was ready to do all the work entailed with having a dog. Alberta seemed to know this about Blayne, and even appreciate it!  Their bond was strong, and I'd bet that little dog knew all of his secrets! Blayne will never forget the day when little Alberta drank half of his rootbeer. It was hot outside, and he had begged to go get a fountain drink. I finally gave in and went and got the drinks. I think I had told the kids to keep the drinks outside....anyway Blayne sit his rootbeer down and got sidetracked. We were all talking and all of a sudden heard a strange noise. We found Berta in the garage with her whole face inside the cup drinking as fast as she could. I can't even remember how that story ended...he might have finished drinking it??

For Clayton, (middle child) he loved Alberta but she probably wasn't at the very top of his priority list. She still loved him very much! One thing I remember well is during summer vacation Clay often hosted backyard baseball parties. It seemed Berta would get loose frequently during those and run around like a chicken with her head cut off and none of us could catch her! It was hilarious to watch all the boys have to pause the game and try to catch the poof ball running 90 miles an hour around the yard! Another funny Clay/Berta story.....we had run out of dog food, so I asked Clay if he could feed her some hotdog to hold her over until I got back home with her food. Several hours later I got home....fully expected to be greeted at the door by an excited, energetic little dog. I open the door, and nothing! I yelled for her and she came around the corner at the pace of a turtle. I picked her up and her belly was ginormous. I called Clay in and asked if he had noticed the way she was acting. I said this is scary, she's so slow and she's so bloated.... Something is wrong with her!!! I said did you feed her a few bites of hotdog earlier? He said, "Yes, six!" I asked, "six bites?" He said, "No, six hotdogs!"

For Miriam, (youngest child) Alberta was sort of a play toy! I couldn't even tell you how many times that dog was dressed in American Girl doll clothes. She took it like a champ though! Miriam was a bit clumsy in her young years...she may have fell on the dog a couple times, and maybe even dropped the dog a few times. Berta was pretty resilient though and pulled through every time. It's safe to say that Berta tried her best to stay clear of Miriam for a few years....however, in the last few years Miriam became the one who cared for her the most. She fed her every day, gave her baths, took her outside, and of course loved her daily! She more than made up for all the trauma she caused early on!

Lots of comedy, but in all honesty this animal was around for my kids' childhood years! She was so loving and so sweet. I feel extremely thankful that my children had the opportunity to experience the loyal kind of love that only animals can give. She was the perfect gift from their Grandma Karen!

To send flowers to the family or plant a tree in memory of Alberta Joy Cowan, please visit our floral store.

You can still show your support by sending flowers directly to the family, or by planting a memorial tree in the memory of Alberta Joy Cowan