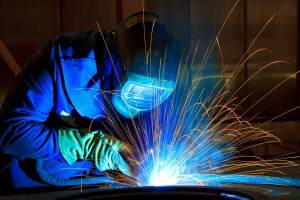 Clarence Eugene Lawrence II, age 88, of Kokomo, passed away peacefully on Wednesday, June 15, 2022 while surrounded by his loving family. Clarence was born on April 17, 1934 in Cambridge City, Indiana to his parents, Clarence Eugene Lawrence and Hazel Jane (Brooks) Lawrence. On October 20, 1958, Clarence married the love of his life, Beverly Rose (Maple) Lawrence and the two enjoyed nearly 64 years of marriage.

Clarence spent most of his years working as a welder. He retired from FMC & Warner Body LLC in Noblesville. He was a self-taught mechanic and often used his skillset to help people in need as well as earn extra money for his family. Clarence was hard working and took his role of husband and father very seriously. He was an amazing provider for his wife and children. Clarence always made it a point to check on extended family, and maintain an active role in peoples’ lives. This is something that has been engrained in his children, and they’re extremely thankful for the dedicated heart their father had.

When Clarence had free time he enjoyed working on cars, mowing, riding bikes, walking, riding motorcycles, and tinkering. When Clarence’s kids were little, they were involved in everything he did. He kept them busy, and they learned a lot along the way. Clarence and Beverly had a strong marriage! She was the disciplinarian and Clarence had the joy of being a playful dad. They worked well together, and were an everyday example to their children of what an amazing relationship, founded on love and respect, can look like. Clarence enjoyed taking the kids to watch the airplanes take off and land, as well as loading them up for a drive-in movie. As the kids grew and created families of their own, the good times definitely continued. Overall, Clarence was an exceptional husband, father, grandfather, and friend! He will be so greatly missed by all who had the privilege of knowing him!

No services have been planned at this time. A celebration of life will be held at a later date; those plans will be updated when available. Taylor & Cowan Funeral Home is honored to serve the Lawrence family in their time of need. Please feel free to leave an online condolence or share a special memory of Clarence with his family on his tribute wall.

To send flowers to the family or plant a tree in memory of Clarence Eugene Lawrence, please visit our floral store.

A Memorial Tree was planted for Clarence

Join in honoring their life - plant a memorial tree

You can still show your support by sending flowers directly to the family, or by planting a memorial tree in the memory of Clarence Eugene Lawrence
Share a memory
© 2022 Taylor & Cowan Funeral Home and Cremation Services. All Rights Reserved. Funeral Home website by CFS & TA | Terms of Use | Privacy Policy | Accessibility