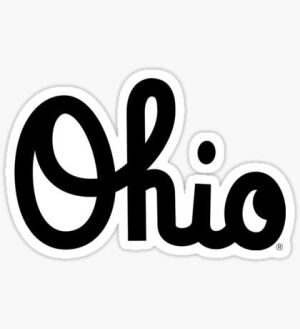 Diane Hughes, age 61, of Tipton, passed away peacefully at her home on Thursday, September 9, 2021. She was born on September 20, 1959 in Akron, Ohio to her parents, Bennie Zielke and Margaret Zielke (Hucke).

Diane graduated from Carey High School in the Class of 1977. She then went on to attend Tiffin University, where she graduated at the top of her class with a degree in Medical Transcriptionist. Diane worked for Marathon as a secretary in Finley, OH and was eventually transferred to Indy in the Speedway Division. For a time Diane worked for a consulting firm called Millian & Roberts. It’s safe to say that Diane was successful in anything she set her mind to. Later in life, Diane earned her certification as an insurance agent. She worked for Daniel James Insurance in Indy, and then made her way to Tipton to work for Everett Hughes Insurance Company. The city of Tipton greatly benefited from Diane’s amazing customer service. She truly loved her work, and it showed!

Anyone who crossed paths with Diane would tell you how amazing she was.  Her personality was loving, kind, and generous! She loved being there for people. She may have been the smartest person in every room she stood in, but her humble spirit always led the way. She took the time to genuinely get to know others and find the good in them! She loved her family with all her heart, and took advantage of every opportunity given to brag on them!

In Diane’s spare time you most definitely would have found her enjoying The Ohio State Buckeyes Football.  Adding the Ohio State marching band (TBDBTL) to the mix overjoyed Diane! She may have been the most devoted Ohio State fan in the history of Ohio State fans. Diane also enjoyed Colts Football if Ohio State wasn’t playing! You could also find Diane enjoying time relaxing on the beach and putting her toes in the sand. But of course, more than anything she adored her family and treasured every moment she spent with them. Diane made this world a better place, and she will be so greatly missed by all who had the privilege of knowing her!

A funeral mass celebrating Diane’s life will be held on Wednesday, September 15, 2021 at 11:00am at St. John the Baptist Catholic Church, located at 340 Mill St. in Tipton with Father Dennis Goth officiating. Visitation for family and friends will be held on Tuesday, September 14, 2021 from 5:00pm to 8:00pm at Taylor & Cowan Funeral Home, located at 314 N. Main St. in Tipton, with a Rosary service starting promptly at 7:00pm. Committal will take place immediately following the service in Tipton’s St. John Cemetery. To honor and celebrate Diane’s love for sports, her family is inviting everyone to wear their favorite team jersey on Tuesday evening.

Taylor & Cowan Funeral Home is honored to serve the family of Diane Hughes in their time of need. Please feel free to leave a condolence or special memory of Diane with her family on her tribute wall.

To send flowers to the family or plant a tree in memory of Diane Hughes, please visit our floral store.