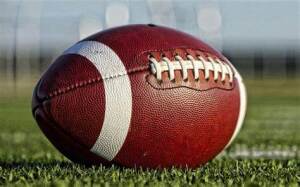 Jason grew up in Tipton and attended Tipton High School. After high school, he worked in local factories.  Most recently, he worked for the Elwood Call-Leader Newspaper.

In Jason’s spare time he enjoyed the quiet of being in a boat on the lake with his fishing pole in the water and the excitement of going to amusement parks.  He loved to watch football whether on television or at the stadium!  He was a huge supporter of the Indiana sports teams, Indianapolis Colts and Indiana Pacers.  He enjoyed listening to music and you can sure bet no matter what he was doing, he had music playing.  He was also a huge horror movie fan and always suggested a horror movie on family movie nights.

Jason was a family man at his core.  He loved nothing more than to be surrounded by his family; they were incredibly close.  He was a gentle soul that was kind to everyone he met.  If you knew Jason, you loved him! His gentleness naturally drew children to him, they found comfort in his presence.  Jason often spent time with his nieces and nephews, just hanging out doing what made them happy.

A memorial service celebrating Jason’s life is being planned for a later date.  We will update with details once they are available.

Taylor & Cowan Funeral Home is honored to serve the Cox family in their time of need. Please feel free to leave an online condolence or share a special memory of Jason with his family on his tribute wall.

To send flowers to the family or plant a tree in memory of Jason Daniel Cox, please visit our floral store.

You can still show your support by sending flowers directly to the family, or by planting a memorial tree in the memory of Jason Daniel Cox
© 2022 Taylor & Cowan Funeral Home and Cremation Services. All Rights Reserved. Funeral Home website by CFS & TA | Terms of Use | Privacy Policy | Accessibility